Government to give police powers to tackle unauthorised encampments 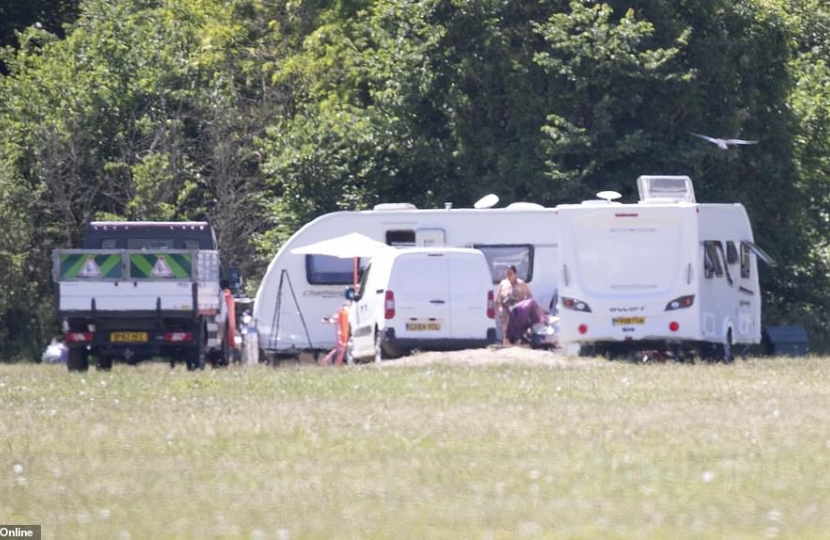 The government will strengthen police powers and create a new criminal offence to tackle unauthorised encampments.

The new offence will target trespassers who intend to reside on any private or public land in vehicles without permission, and where they are causing significant disruption, distress or harm to local communities.

Police will be given powers to seize vehicles and arrest offenders. The measures will target harmful encampments which reflect badly on the wider nomadic community as a whole, the majority of whom are law-abiding.

The measures deliver on a manifesto commitment to tackle unauthorised encampments and will be part of a new major criminal justice bill to be introduced to Parliament imminently.

This new offence will enable the police to fine or arrest those residing without permission on private or public land in vehicles in order to stop significant disruption, distress or harm being caused to the law-abiding majority.

I am delivering on my commitment to give the police the powers they need to tackle these encampments swiftly and effectively.

The criminal offence will be tightly-defined and will only apply in cases where:

The new offence will be punishable by a prison sentence of up to 3 months, or a fine of up to £2,500, or both.

The government will also amend the Criminal Justice and Public Order Act 1994 (CJPOA). This contains provisions which allow police to direct trespassers away from land.

The amendments will broaden the range of factors which police can consider when enforcing the law, to include interference with access to utilities like water, gas and electricity, and environmental damage such as excessive noise pollution or littering.

New provisions will also mean that people directed away from land must not return for 12 months.

These legislative changes will be brought in following the response to 2 public consultations. The first in 2018 asked whether police powers should be strengthened, with some respondents saying they wanted to see more protection for local communities, and for the police to be given greater powers.

The second public consultation in November 2019 asked how the government should strengthen the police’s powers.

Two-thirds of people responding on behalf of local authorities to the 2019 consultation were in favour of a new criminal offence. Around 94% supported one or more of the proposed amendments to extend the powers the police have to direct trespassers to leave land.

The government recognises people’s right to a nomadic life, but this must be balanced against the rights of landowners and local communities, who are entitled to live their lives without having to deal with the significant problems which some unauthorised encampments can cause.

As of January 2020, statistics* showed the number of authorised traveller pitches increased by 41% from January 2010. The government will continue its work to provide more authorised sites for travellers to reside upon.