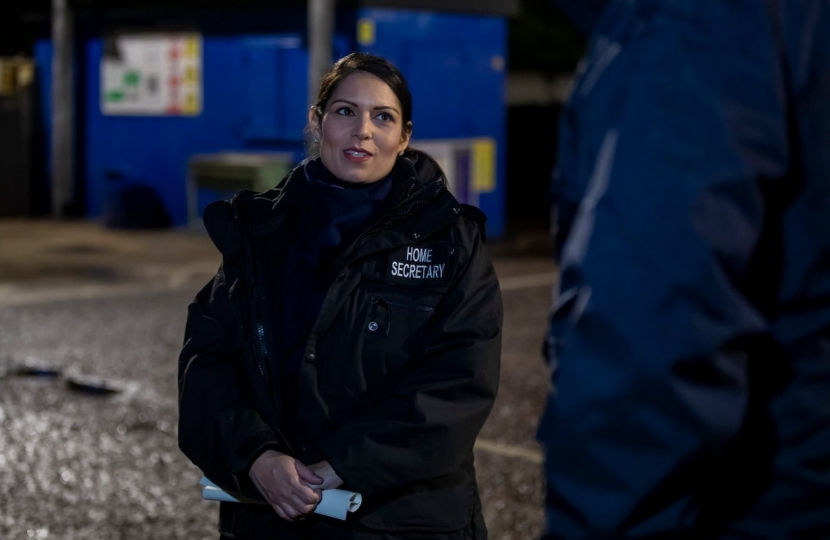 Home Secretary to strengthen role of Police and Crime Commissioners to make them more accountable to the public.

Police and Crime Commissioners (PCCs) will be more accountable to the communities they serve as a result of a review led by Home Secretary Priti Patel, by requiring them to explain their record on crime to the public and strengthening their relationship with the Chief Constable and force.

The Home Secretary will today (Tuesday 16 March) outline the recommendations of Part One of the review ahead of the upcoming PCC elections in May 2021.

The review will ensure the public have transparent, democratically-elected, local leaders who are equipped to drive down crime and deliver the safer communities the public deserve. It could also see them lead a wider range of services, in time, such as fire and rescue.

“Police and Crime Commissioners play a crucial role as the elected voice of the people for crime and policing, which is why I am committed to ensuring they are accountable to the communities they serve and are strong, visible leaders in the fight against crime.

“These recommendations, once implemented, will strengthen and potentially extend the role of PCCs and help them deliver the safer streets that the British public deserve.”

"I very much welcome these new proposals, as they will increase the accountability of Police and Crime Commissioners and bring the police closer to the public and communities that they serve.

Delivering safer streets, reducing crime and being a visible leader in the fight against crime in our community is a vital role of the PCC, and that is exactly what I have promised to deliver for the people of Surrey if I am elected on May 6th."

The two-part review was announced in July 2020 and delivers on a manifesto commitment to strengthen the accountability of PCCs and expand their role.

The initial recommendations will enhance the role of the PCC by:

The recommendations will also help all parties (Government, PCCs and forces) establish clearer ways of working and provide Chiefs with more clarity on their operational independence.

The review also found strong support for the Government’s ambition to increase the accountability of Fire and Rescue services by having a directly elected official take on governance of the services in order to simplify and strengthen them across England.

As a result, we will consult publicly on whether to mandate the transfer of Fire and Rescue authority functions to PCCs in England. This will form part of a Fire Reform White Paper, to launch later this year.

The Review’s findings also confirmed our desire to see more combined authority mayors with PCC and Fire & Rescue authority functions, and the Government will set out its approach to achieving this longer-term aim in the Devolution and Local Recovery White Paper in due course.

The review’s recommendations were outlined to Parliament via a Written Ministerial Statement. The Government has been clear that the review will not consider the 43-force structure, or scrap the role of PCCs.

The second part of the Review will take place after the May 2021 elections and the government will communicate more about these plans in due course.

My over-arching plan as your Police and Crime Commissioner is to continuously listen to you, the residents and communities of Surrey, to ensure your policing and crime priorities are always at the heart of the Police and Crime Plan for our county.