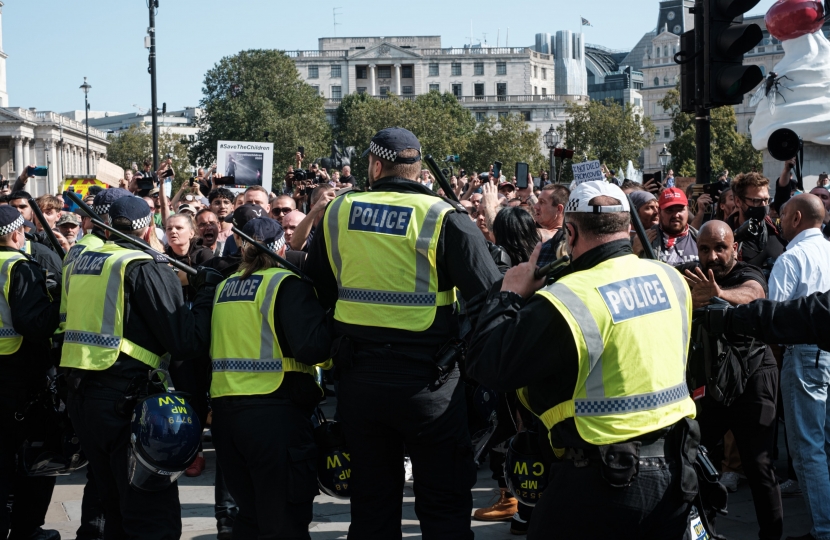 Cutting crime and building safer communities will be at the heart of new legislation unveiled in Parliament today, as the government delivers on its pledge to restore confidence in the criminal justice system.

The Police, Crime, Sentencing and Courts Bill seeks to equip the police with the powers and tools they need to protect themselves and the public, while overhauling sentencing laws to keep serious sexual and violent offenders behind bars for longer, and placing greater emphasis on rehabilitation to better help offenders to turn their lives around and prevent further crimes.

Measures include widening important laws which prevent adults in ‘positions of trust’ from engaging in sexual relationships with young people under the age of 18, bringing sports coaches and religious leaders in line with other occupations such as teachers and doctors. The move follows an extensive review which raised concerns that predators could exploit the particular influence these roles can often have in a young person’s life – making them vulnerable to abuse.

Meanwhile, new court orders will boost efforts to crack down on knife crime, as well as make it easier to stop and search those suspected of carrying a blade. New laws will also enable police to better tackle unauthorised encampments, and safely manage protests where they threaten public order or stop people from getting on with their daily lives.

The Bill will also enshrine a Police Covenant in law, strengthening the support received by serving and retired officers, staff and their families. In addition, maximum penalties will be doubled from 12 months to 2 years for those who assault police or other emergency workers, such as prison officers, fire personnel or frontline health workers – helping to protect those who put their lives on the line to keep communities safe.

Other sentencing reforms – first outlined in a landmark government white paper last year – will also be brought into legislation to ensure punishments fit the severity of crimes. These include Whole Life Orders (WLOs) for child killers, with judges also allowed to impose this punishment on 18 to 20 year olds in exceptional cases - for example, acts of terrorism which cause mass loss of life. The Bill also introduces life sentences for killer drivers who wreak havoc on our roads, ends the automatic halfway release for serious violent and sexual offenders, and ensures community sentences are stricter and better target underlying causes of crime such as mental health issues, alcohol or drug addiction.

This government has pledged to crack down on crime and build safer communities. Today we are delivering on that commitment.

We are giving the police and courts the powers they need to keep our streets safe, while providing greater opportunities for offenders to turn their lives around and better contribute to society.

At the same time, we are investing hundreds of millions to deliver speedier justice and boost support for victims, and will continue to do everything it takes to build back confidence in the criminal justice system.

On becoming Home Secretary, I vowed to back the police to cut crime and make our streets safer.

This Bill delivers on that promise – equipping the police with the tools they need to stop violent criminals in their tracks, putting the thugs who assault officers behind bars for longer and strengthening the support officers and their families receive.

The government has already recruited over 6,600 of the additional 20,000 police officers and every single one of them has my full support. This Bill enshrines my commitment to those brave officers who put themselves in danger to keep rest of us safe into law.

Further changes will see tougher penalties for those who vandalise memorials, and a statutory duty placed on local authorities and criminal justice agencies to tackle serious violence through better sharing of data and intelligence.

The legislation builds on extensive work already underway to deliver a smarter, fairer justice system as the country builds back safer from the pandemic. This includes hundreds of millions being invested in courts to deliver speedier justice and reduce court delays, unprecedented funding for victim support services, the recruitment of 20,000 police officers and a £4 billion investment in extra prison places.

The public needs to have confidence in the criminal justice system, or else they will lose faith in reporting crime. By ensuring those who commit the most serious violent crimes spend the bulk of their sentences in prison, we send a clear message that we are on the side of victims.

But we must look to reduce re-offending through more effective community sentences, for lower level offenders where they are appropriate.

New laws to reform sentencing, the courts and offender management:

New protections and powers for the police include: 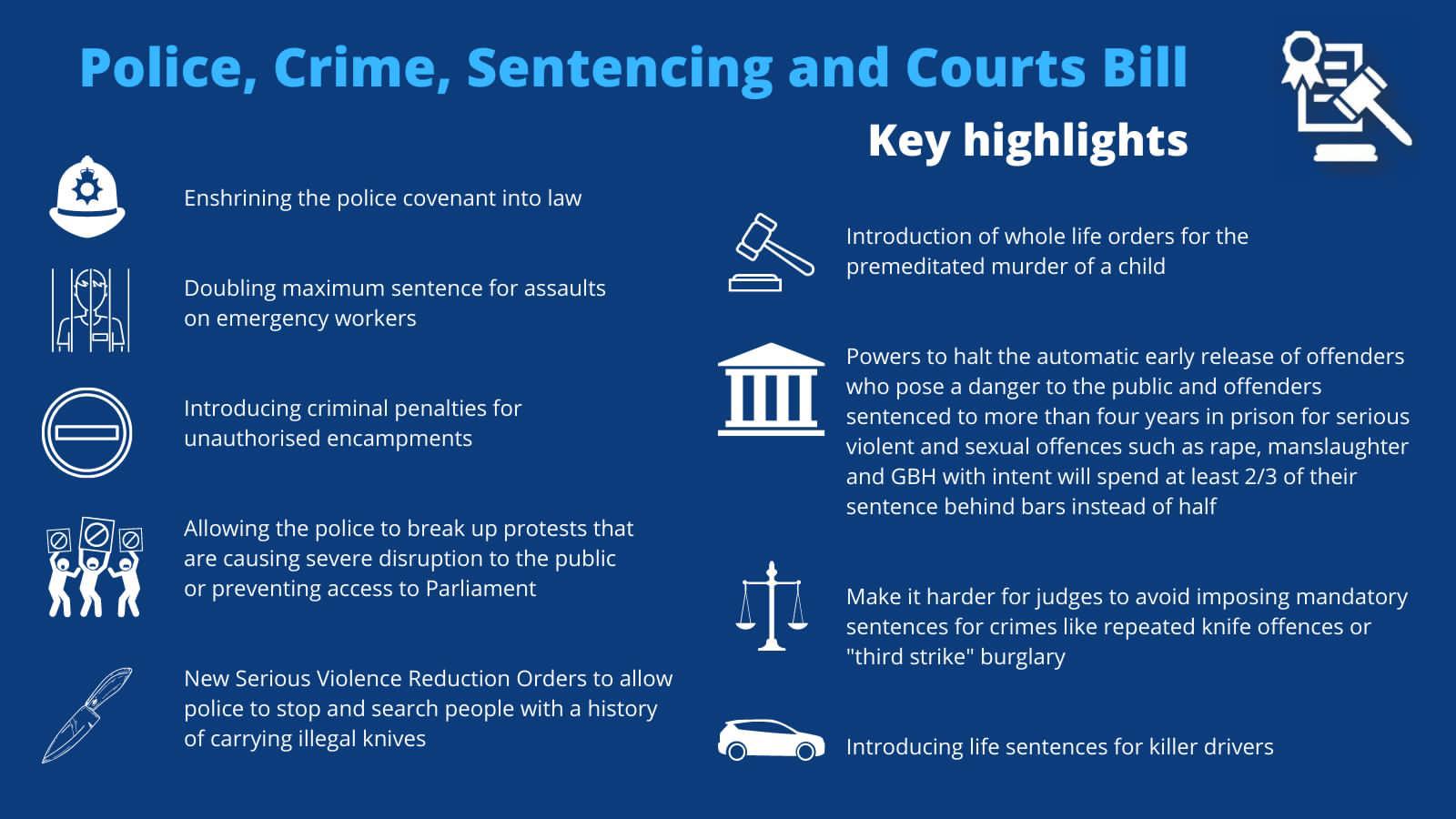